For decades backcountry skiers and riders have been asking themselves the all-important three-part question to slope stability: Is there a weak layer? What is the depth and distribution of that layer? What does it take to make that weak layer fail?

In 2007 avalanche scientists Karl Birkeland and Ron Simenhois took that questioning a step farther. What’ll happen once a fracture is initiated on this weak layer? Specifically, what is the propagation propensity of the slab and weak layer combination? Will it propagate only a short distance, or will it continue across the slope and produce a large avalanche?

Having a good grasp of snow stability is a virtue among winter backcountry travelers. Making field observations and “testing” those obs is a big part of determining snow stability. Several standard field tests help skiers and climbers better gauge stability: compression test, stuff block test and Rutschblock tests all help identify location and relative sensitivity of a weak layer(s) within the snowpack, but the Extended Column Test (ECT) is more specifically designed to investigate initiation and propagation propensity of that layer.

In other words, the ECT aspires answer the question, “if it rips, is it going to rip huge, or not?”

Let’s assume we’ve all taken a Level One avalanche class and have familiarity with basic snow-stability tests. Like a standard compression test, the ECT isolates a column, only it’s 90cm (not 30cm) across slope by 30cm upslope. The column is then loaded from one side (the same way as a standard compression test, which is to say, limited to a 30 by 30 cm area), but focus is directed upon any propagation within the larger column.

Using the same tap techniques as the compression test, the ECT begins with ten hand taps, followed by ten hand/elbow, and finishing with ten shoulder taps, and recording the scores that reflect propagation across the column. In a nutshell, the easier and more quickly the slope propagates across the entire column, the more suspect the slope is, and the more caution you should heed. In the related video, Birkeland demonstrates how it’s done.

The original recording standard wasn’t ideal, so a revised scale was tailored to emphasize the importance of whether a fracture propagates across the entire column (now coded as ECTP) or not (now ECTN), and this needed to be reflected in the way the test results:

Like any other backcountry test, the ECT provides real-time insight into the general stability of a given slope. While no test is absolute—while no slope is absolute—the ECT is yet another invaluable tool in our skill set that helps us make better, more informed decisions in the backcountry. 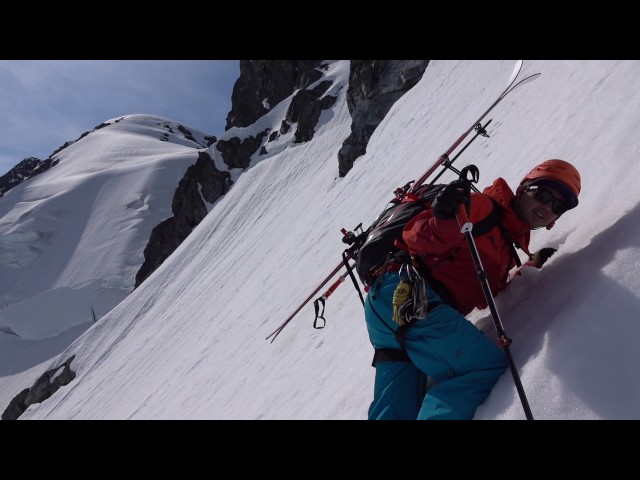