You should set a steep skin track. Skinning straight uphill will provide valuable experience for your life ahead. You may intimidate rivals to leave your zone for your tribe. If you’re lucky, you might attract a high quality mate to improve your family lineage. Steep skins tracks are the modern version of fighting a sabre tooth tiger. Those who push the boundaries of skinning will go farther in life. Evolution follows the steepest skinners. Without steep skin tracks, us Sapiens would be still fetching bananas for chimpanzees. But what if you’re over 25 years old? What if you already have a high quality mate and don’t need to intimidate rivals? Maybe you don’t care about evolving. You just want a nice, easy skin track for the most downhill skiing.

A skin track that maximizes your skiing has two fundamental attributes: it’s safe and efficient. We don’t want to get avalanched while skinning. We also want to avoid wasting energy on the ascent. Unless you’re in the middle of nowhere, your skin track may be used by hundreds of people, including beginners. Skin tracks for experts and beginners have the same attributes. Make it a habit to choose the safest route for your ascent. For example, set a skin track in the forest rather than the open avalanche terrain, even during low avalanche danger. The safest ascent is also away from ski runs, where skiers may trigger an avalanche. This habitual margin of safety may save your ass one day. Despite your kick turn ability, it’s more efficient to not make kick turns. Kick turns are a waste of energy. They disrupt the flow of skinning and blip your heartrate.
Instead of kick turns, use the terrain to link together natural benches where you can make AVA turns. AVA is the shape your skins make as you step around a turn. You’ll find small benches for AVA turns atop boulders, on small shoulders or a below a tree. Your ability to link together these benches shows true terrain mastery. Challenge yourself to make the full ascent with no kick turns. Have you ever seen a mountain goat zig zag up a mountain? Probably not. Neither does the mindful backcountry skier. Zig zag skin tracks have two big problems. The first is they stack people above each other—a good way to avalanche the entire group. The second problem with zig zags is they waste energy on kick turns. Rather than zig zag, make long traverses to natural benches before each turn.

When you do make a turn, have a reason. Don’t make turns for a change of scenery. A good reason for a turn is you’ve reached a nice bench and the next ascent trajectory is long. Another reason for a turn is to avoid increasing danger ahead, such as a steepening slope.
Like every rule, the no zig zag rule has exceptions. For example, a broad ridge would dictate you zig zag to avoid the steeper terrain on either side. Likewise, skinning a gully leading to a pass only has room for zig zags or booting. Ascend at an Easy Angle The ideal track angle has your group vegging out; thinking about beer, powder, and other skier thoughts. You don’t hear your partners dropping f-bombs as they muscle up steep sections. Neither is your group grumbling about a flat track.
To set the ideal track angle, keep your heel lifters down and climb as steep as comfort allows. Heel lifters will tempt you to make a track that’s too steep. As the track packs down, it becomes more slippery. You want a magic slope angle? There isn’t one.
Occasionally, a steep track is more efficient. Like on a frozen spring morning, when high heels allow you to climb straight uphill and engage more skin for grip. A narrow ridge is another exception; your only option is to boot or skin straight up the ridge. Tracks with a consistent ascent angle flow up the mountain. Like an inclined contour line, a consistent track will meander around ridges and into gullies, maintaining the same angle of ascent. Only on a planar slope can your track be a straight line.

Making a consistent track angle is not intuitive; it requires practice. Perhaps the best way to learn this skill is blindfolded. On a steep and safe slope, pull your hat down over your eyes. With your heel lifters down, climb as steep as comfort allows. Feel the pressure of your shins against the boots, the tweak in your ankle and the slip of your ski. You’ll set a better track blindfolded than with eyes open. With dedicated practice you’ll gain an intuitive feel of a consistent track angle that follows the terrain. Look Ahead Do you know what your skis look? Good, now don’t look at them again. Look up! Take in your surroundings. Look for the route ahead and hazards to avoid. Look for benches to make AVA turns. If you see a turn approaching, look over your shoulder for the next track trajectory. Looking down at your skis gives you zero information. If the allure of your top sheets is too much, tape some repulsive nudey photos on there. Learning to set a good skin track takes years of coaching and practice. That’s why it’s a major component of guide exams. Most of your backcountry day is spent going uphill, so it’s worth working on the uphill as much as the downhill. It’s your signature on the snow that hundreds will retrace. You may not evolve, but you will get more skiing.
Share Share on Facebook Tweet Tweet on Twitter Pin it Pin on Pinterest 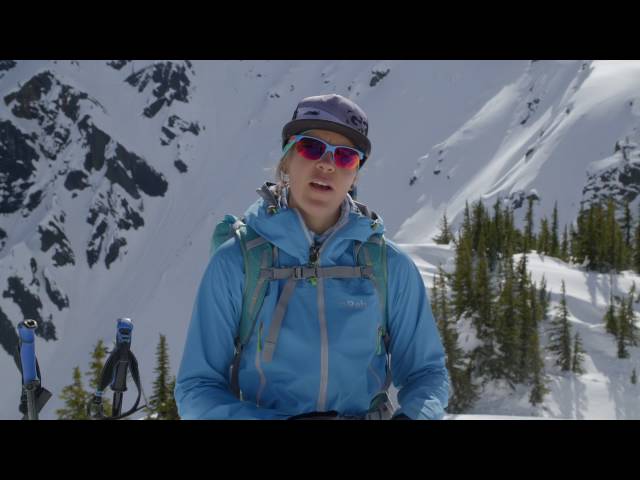 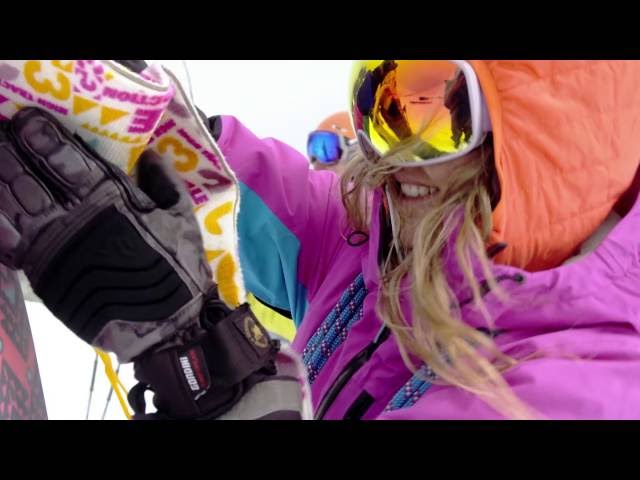 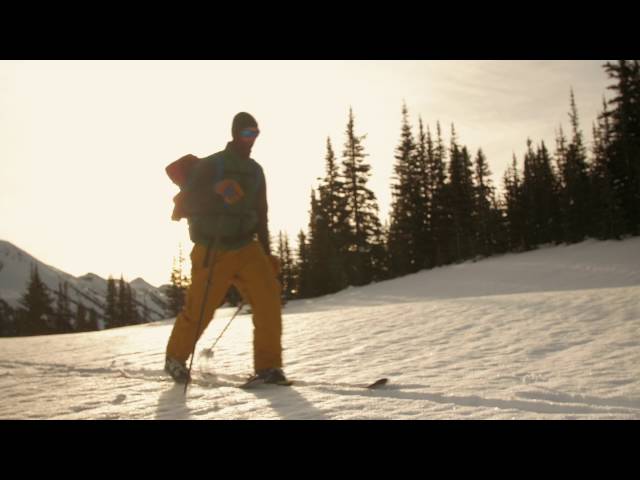