I live in the Central Cascades of Washington State among a small ski touring community surrounded by mountains that are not exactly easy to reach.  Most of the die hard locals have succumbed to owning a snowmobile as it allows you to chew off the 5 mile, 2000-3000 foot approaches that guard our access to the best skiing.  At times I wish there were more folks headed into the backcountry as we could count on occassionally having a good skin track in.  I am not super keen on the idea of owning a sled and even less excited about the prospect of finding a reliable used one for a decent price.  Shopping for snowmobiles rates up there with dental work from my perspective.

After years of hitting most of the tours accessible in a day from one of the few roads in the mountains I started dreaming up various ways to get to the big mountains that I could see, but not reach.  From this thought process emerged the idea to ski across the Chiwaukum Range, the 11 mile ridge that connects Icicle Creek to US Highway 2. The Chiwaukums are clearly visible to the east from Stevens Pass Ski area and a handful of locals have made the trip in to ski the couloirs on Big Chiwaukum, the highest peak in the range at just over 8000'.  A few years back I started the trip from Icicle Road with another guide and we skied for 4 hours in the dark up to the base of Grindstone Mountain and camped in a megamid in a small copse of trees. During the night I realized that I had developed the flu, so in the morning we did the manly thing and decided to cut our 3-day itinerary down to 1 long day and we hammered out a low traverse to the other side, missing most of the good skiing and all the fun.

Last weekend I returned with Lew Miller and we headed into the mountains with light gear and an avalanche forecast of considerable. It has not been a huge winter here in WA and we were concerend about scattered surface hoar that had developed over the previous week, but we were game for an adventure and thought we would have a look.  We opted to ski south to north as it would allow us to travel uphill on more sun baked slopes and ski downhill on shaded slopes.

The first day involved climbing 4000' from the Chatter Creek Campground in Icicle Creek and crossing over a pass to the East of Grindstone Mountain.  Due to low snow, we were able to follow the trail for awhile and had the pleasure of hiking a few muddy stretches on the south facing approach before there was consistent enough snow to ski.  I took my G3 Spitfires as they would serve me well while breaking trail (I was the guide after all), and would come in handy for what we anticipated to be primarily difficult ski conditions with the promise of high elevation powder.

On day 2 we woke to blue skys and a long traverse and climb up to the top of Snowgrass (7993').  As there were only 2 of us and we were a heck of long way in the backcountry we took the most conservative line and managed to get in some nice turns on north facing slopes while suffering up the more sun affected slopes.  Lew is a good friend and a decent skier, but prefers a slow and steady pace, so we spent most of the day making the climb.  After hitting the summit ridge we decided to traverse east and try to work our way down to a spot directly under the col that would lead us to Lake Charles and our second objective, Big Chiwaukum.  All went well on the traverse, and we arrived at the col about an hour before dark.  At the col we were sorting out how to work our way around some cornices and in the process I tossed a few rocks, broke a few cornices and confirmed that the slopes above Lake Charles were not going to be skied that day.  Things were sliding on the surface hoar and we realized that the only good way out was to descend the long drainage that led to US highway 2, some 10 miles distant.  We put in a nice camp at 6800, brewed up, and mapped our exit strategy.

The next morning broke nice, but warm, and we skied a long slidepath down to the drainage.  What ensued was a very long day of skiing down the summer trail.  Along the way we spotted Wolverine and Coyote tracks, saw Aspen 2 feet in diameter, and a few Ponderosa Pines nearly 6 feet in diameter.  What made the trip so interesting was the fact that we don't know anybody who has ever been in there in the winter, something made more interesting that this massive area sits only about 10 miles as a crow flies from my home in Leavenworth, WA.

These types of tours should be mainly about good skiing, but the way they usually play out a bit differently.  There is enough time pressure to get from point A to B each day that we found our 8 am starts generally led to setting up camp in the dark and then spending the next 3 hours working to melt enough snow and drink enough water to recover for the next day.  In three days we climbed a bit over 12,000 and covered about 19 miles. In the mountains of Washington there are dozens of tours like this waiting for first or second traverses in winter.  They key to pulling them off is to pack light. 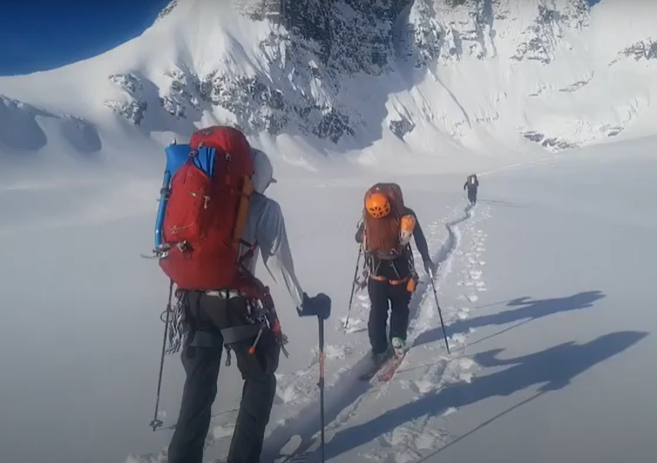 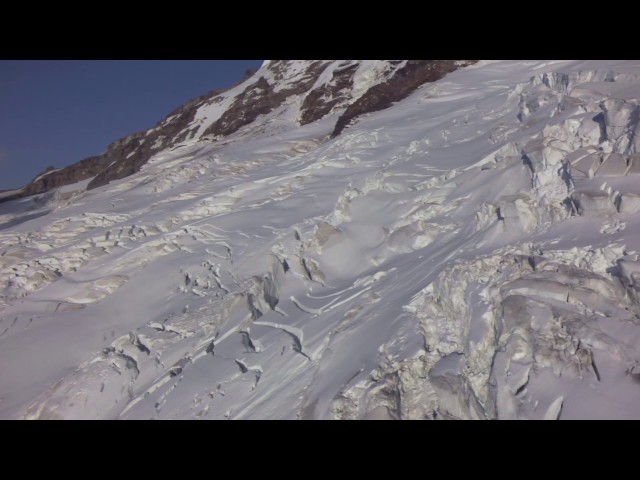