Backcountry skiers want the best of both worlds. They want a binding that tours and a binding that skis. The Onyx does both. Well. An ideal tool for resort- or trail-based adventure, its special design not only makes it unique from other tech and carriage bindings, but those differences enhance its overall usability, and celebrates both uphill ergonomics and downhill performance.

Tech binding tourability is the undisputed benchmark for backcountry skinning. Tech bindings simply tour better than carriage bindings. The Onyx’s pivot point offers superior stride positioning, as well as a “true” free heel for skinning, carrying no excess weight on the boot. In downhill mode, tech fittings also offer the most immediate power transfer from boot to ski without any binding displacement, or lateral play.

With regards to lateral play, one major difference in the Onyx and other tech findings comes into focus with respect to release value. The mainstream usually doesn’t look beyond what the maximum DIN release value is, but G3 also takes into account the importance of how much energy is absorbed by a binding before it releases.

The lateral release of the Onyx is designed that the toe pins are always clamping down, always wanting to close the entire range they operate in, whereas in other tech bindings, half of the range is it popping open. “The reason for that,” says G3 engineer Cam Shute, “is because it gives the Onyx more elasticity and more energy absorption before release.” Because your boot is always moving, what leads to release, for instance, is chattering on hardpack, or moving closer and closer to the outer limit of where the heel can be held positionally—not by force, and that’s what keeps you in the binding 90% of the time.

Two more distinguishing traits of the Onyx assist in faster and easier transitions. Mode changes from ski to walk are done with the flick of a switch without having to fully remove your boot form the binding, which we all know save time and effort. Another small, but additional piece-of-mind when making transitions is the brake deployment, which remains engaged even in tour mode, until you disengage it with the first stride. This eliminates any potential for a ski to skitter away before you get a chance apply skins.

The Onyx’s unique heelpost qualities offer even more attention to detail. Some heel towers can auto rotate when side-hilling, or traveling over difficult terrain, causing the binding to inadvertently slip into downhill mode or lose riser aid. The Onyx’s heel lifters first and fundamental purpose is to lock in the heel and keep it from rotating no matter what terrain you’re covering or how high you’ve positioned your risers.

The binding is also built to hold the boot in a neutral ramp angle, as the ski boot designers intend them to be skied. Our ramp angle (or tilt of the boot) is totally in line with Dukes and other modern bindings designed for freeride. This allows you to drive the ski from a slightly more upright and solid position.

Lastly, the Onyx is also mounted to a set of base plates that allow you to quickly remove the toe and heel pieces, and swap the bindings between different sets of skis. This not only can save money for the thrifty bum who lives his or her quiver, but having the adjustable heel and toe allows the user to adjust for boot sole differences (with reference to boot center) without having to remount. Mounting plates are useful for travel too, as skis get much smaller with bindings stripped off.

And the Onyx is still evolving. For 2012, the Onyx will introduce new toe pins that use oversize threads, which include ice cutters that help remove any potential build up of ice in boot sockets. The brakes have been augmented with a stronger deployment mechanism, and a new touch point makes the step-in process even easier. Like so many aspects of our world, the little differences are what make things better, make them simpler, make them unique. Such is life, and such is Genuine Guide Gear. 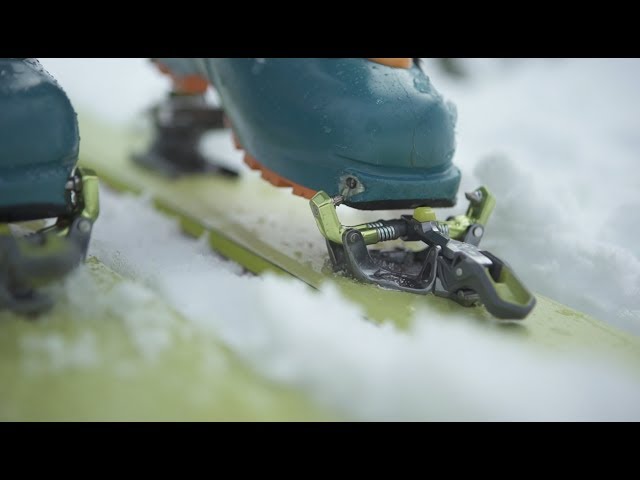 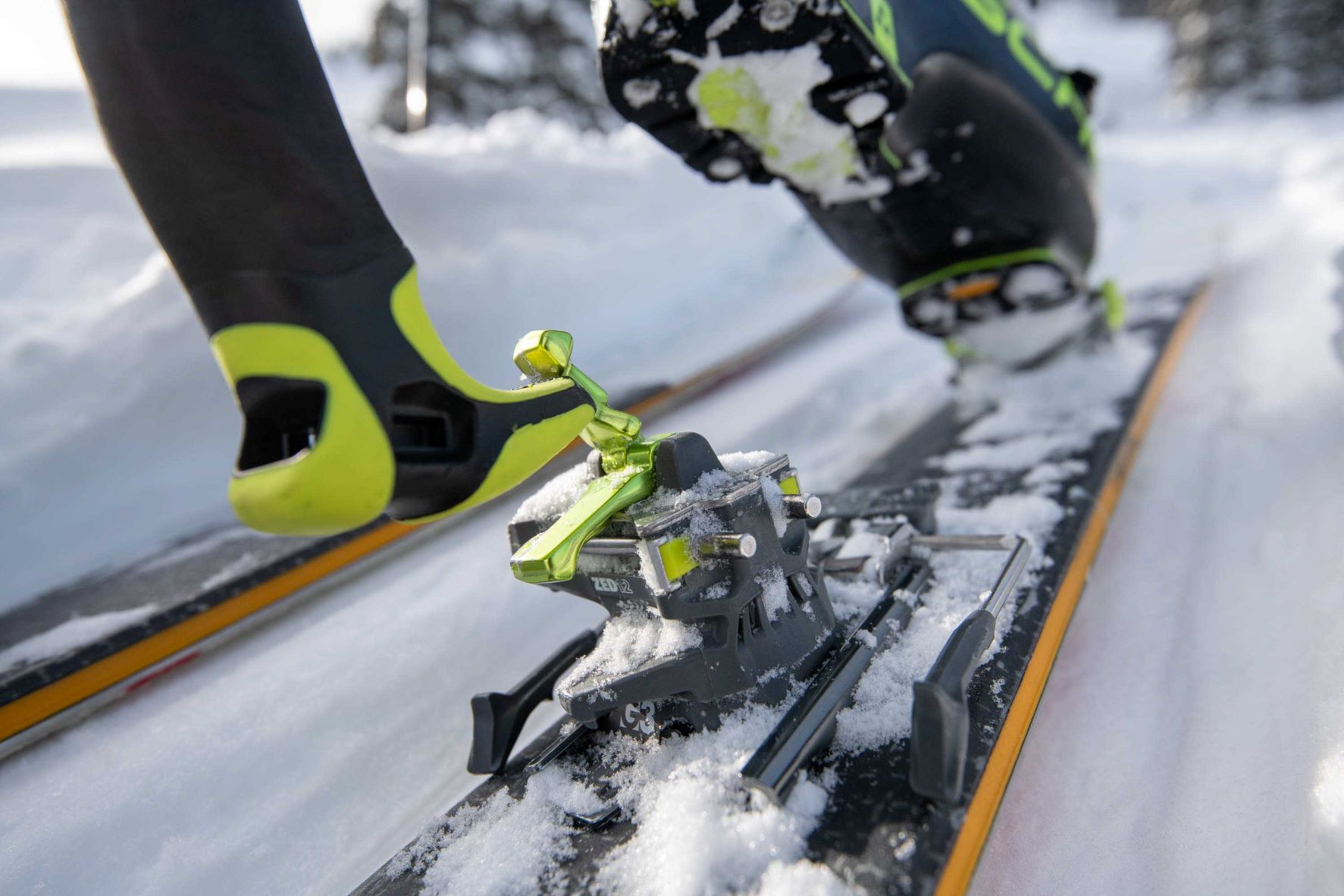 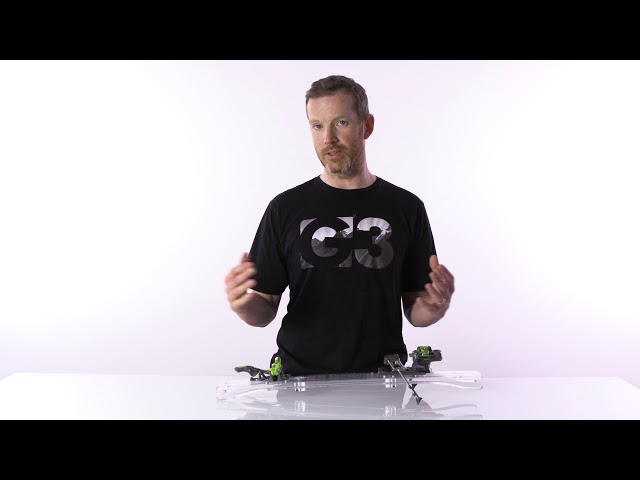