I attempted this line a couple of weeks ago from the snowmobile accessible side of the peak, with my friend Naomi. Unfortunately new snow and warming temps aren't a great mix, so our day was doomed from the get-go. Heavy snow was sticking to our skins like you wouldn't believe. Wax didn't help, and after dragging those leg weights through avi debris, high winds, and fading light, I was forced to pull the plug and try again another day.

The next time we approached from the Blackwater Creek road for a more direct line, with a fast and fit team that was on the same page. Liam and Adrian were as keen as I was to ski this line. With good weather and stability lined up, we just needed an alpine start to seal the deal so we camped at the road and woke up plenty early. Bringing the true style and ethics of ski mountaineering, we were ready to climb what we wanted to ski.

The pace was fast right from the get go, and I settled into a rythm I knew I could hold all day.

When we gained a view of the wicked couloir we new there was good times ahead. Step kicking was solid, until we hit a hanging snow field. Overhanging snow climbing led into a narrow section. There was one more crux which involved climbing through the cornice with an extra axe for four points of weigh-baring contact. With one last step we had a warm welcome into the sun and were ready to ski. We excavated the cornice to fit skis. Liam dropped in first, or rather 'aired in', falls were not an option. Adrian was next, then I carved the lip of the cornice a little more for my entrance. I shuffled down, controlling my fear into the no fall zone, and once in the zone it was all good... we were through the first crux and into a classic steep coastal couloir. 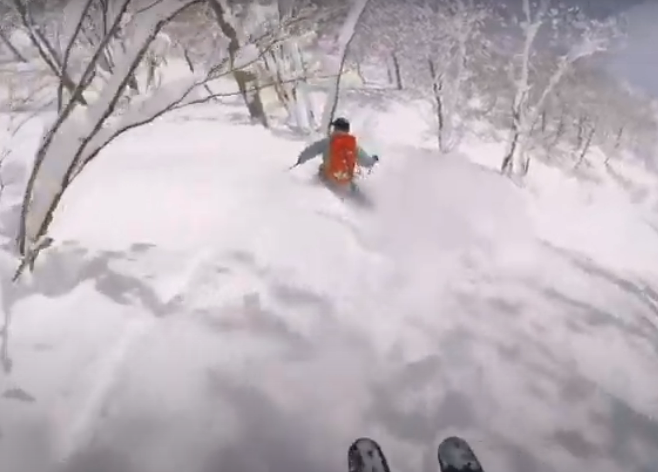 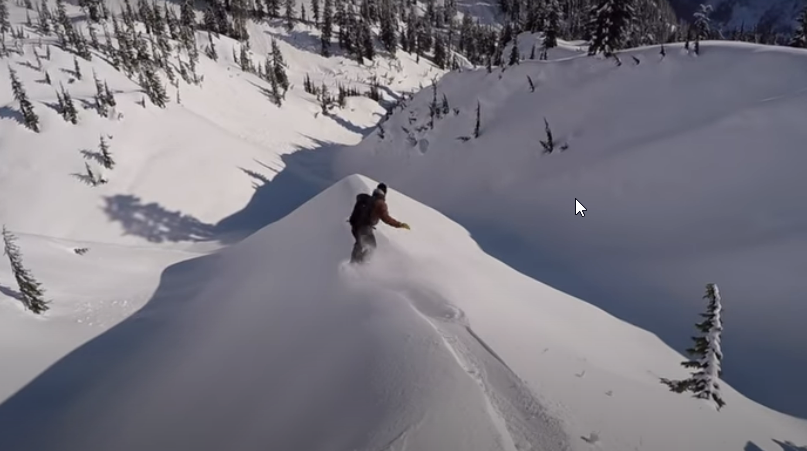