I took a little break from skiing to race some endurance mountain bike events and do some scrambles in the Canadian Rockies. Arriving back on the coast to an amazing snow depth got me motivated to get some skiing in.The plan was to get up to the Wedge area and assess the conditions. The intended route was the NW couloir of Wedge, a wicked line you can see from the highway on the drive up to Pemberton, B.C.

For once, I got going for an alpine start. I was pretty motivated and feeling great. It’s funny, I don’t really like running, but I found myself jogging up the trail with skis on my back. I made quick time up to the lake and started skinning right from the lake. I saw a group of nine climbers ascending the North Ridge and decided to take that route, which was a quicker option. Once on the ridge proper, I joined a solo Czech climber. The route was dialed and was basically a boot pack. We did an interval up to the ridge and then up to the summit. The climbers on the summit kind of gave me a funny look as I skied off the top in icy conditions. I had arrived too early on the summit (at about 9:30am), so I descended the ridge on firm ice. I stopped on the ridge and took a rest and fell asleep for a couple hours. The hot sun warmed me up. I felt the snow and the corn was set up for the line. I climbed back up to the entrance of the NW couloir. The top was steep and a little firm but was fine once I was in the chute. I put the skins on and skinned up to Parkhurst.

I had been up there in January with Sky and Naomi, but we were forced to turn around due to wind slab in -20C conditions. This time I was motivated to ski the NW couloir. There was a giant runnel right from the top but it was a very cool setting. I skied down, hugging the rocks and turning beside the rock wall to my right. It opened up to “runnel mania,” up to 5 runnels, and I skied from one to another. Kind of like an Alaskan spine feature only on corn snow. I completed the ski down to Wedge lake. The deep winter snowpack allowed me to do this epic ski link-up in July. 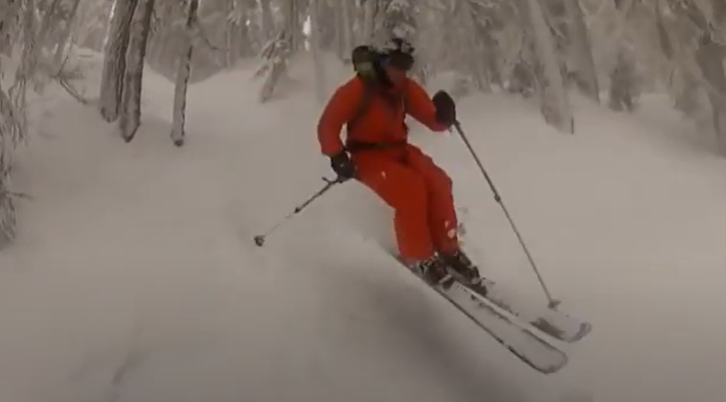 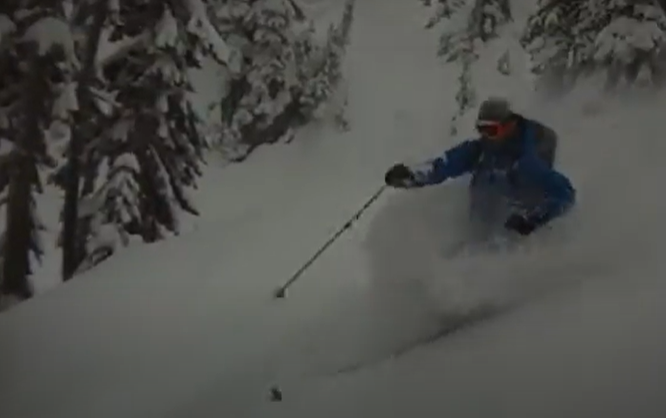